Our team celebrated the 75th Independence Day by organizing multiple street theater performances at different locations in the city of Rishikesh, to spread awareness on source segregation and anti-littering.


As part of the Swachh Bharat Mega Independence Day event, we reached out to an audience of regular ashram devotees, tourists and local residents at Triveni Ghat through a series of theater performances on waste segregation and anti-littering. The Nukkad Natak Group called 'Prayas Jagrukta Manch’ began the performance with patriotic songs to set the mood for a Swachh Bharat. 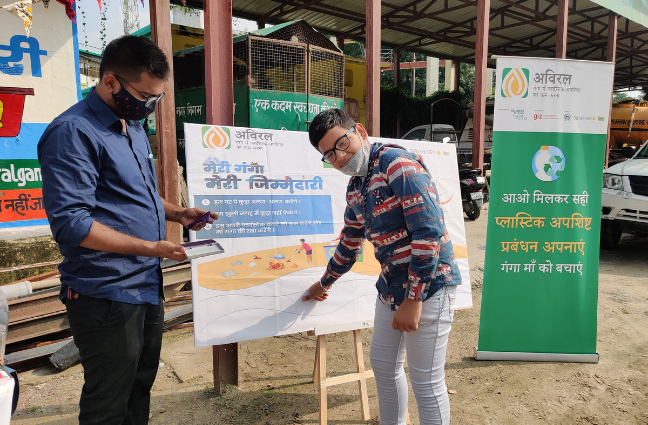 We also set up a stall at the Nagar Nigam compound along with a pledge board where the visitors pledged to start practicing waste segregation at home, not litter in open spaces and reducing the use of single-use products. 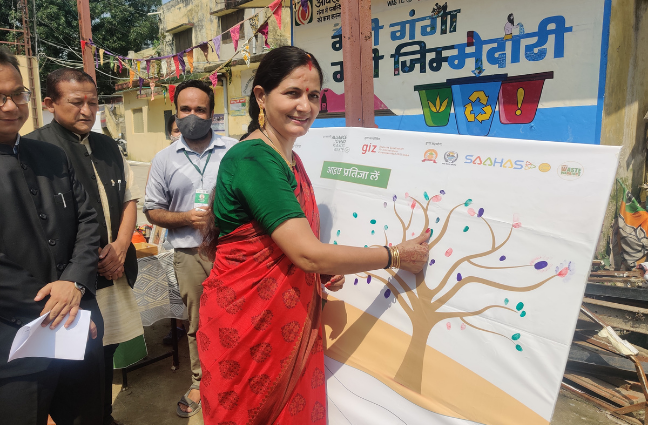 The honorable Mayor, Smt. Anita Mamgain also visited our stall and took a pledge to reduce plastic waste in Ganga by segregating at the source. She motivated the citizens to take the pledge and become responsible for their environment. 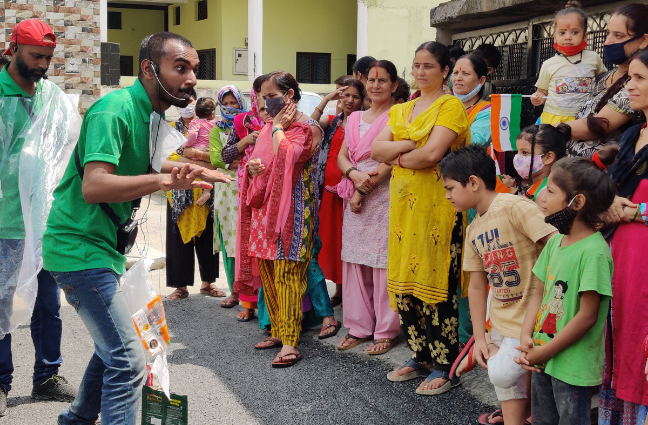 We reached out to the residents of our pilot ward no. 6 through our ‘nukkad natak’ performance on waste segregation. The residents were exposed to a visual understanding of how to segregate waste at home and to avoid littering around Ganga. 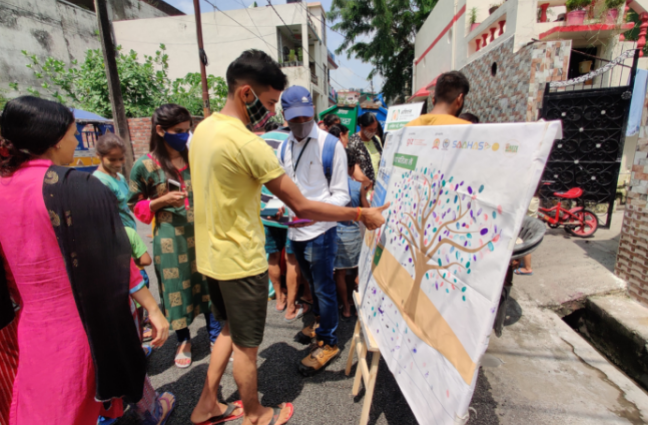 The residents of our pilot ward concluded the event by taking a pledge and joining hands with the other residents of Rishikesh to make a cleaner city and reduce their plastic waste.

Celebrating Gandhi Jayanti by Plogging for a cleaner Ganga!
2021-10-02
Bringing together the Rishikesh Market Association for efficient waste management during ‘Azaadi ka Amrit Mahotsav’
2021-09-29
Paving the way for sustainable events in Haridwar through a Public Event Guidelines Workshop
2021-08-21
Celebrating Independence Day by raising awareness on source segregation through Nukkad Natak
2021-08-15
Raising awareness on source segregation in Hari Ki Pauri thorough street theatre
2021-09-10
Making public events more sustainable through proper waste management guidelines
2021-08-26
Celebrating Independence Day with a waste segregation event along with the Mayor and Municipal Commissioner
2021-08-15
Prioritizing the health of our frontline warriors in Haridwar through health camps
2021-08-05
Building a responsible model ward in Rishikesh to ensure source segregation
2021-07-29
Building capacities of Ward Councillors in Rishikesh and Haridwar for a cleaner Ganga
2021-07-14
Raising spirits and awareness on anti-littering through a Nukkad Natak at Triveni Ghat.
2021-04-09
Source segregation awareness and Kooda Daan Abhiyan conducted for 320 households in Haridwar's Ward 19
2021-08-31
Raising awareness and collecting 130 kgs of segregated dry and plastic waste in Rishikesh's Ward 5 and 6
2021-03-14
Collected and segregated 51 kgs of waste at the Bhandara Event, Harihar Mandir!
2021-03-14
Ringing in Basant Panchami with a Kooda Daan Abhiyan where 250 kgs of segregated waste was collected!
2021-02-10
Celebrating World Clean-up Day in Rishikesh!
2021-09-18
Ward no. 5 of Rishikesh comes together to celebrate their waste champions
2021-09-10
Waste generator trainings at Indira Basti and Shiv Mandir, Haridwar
2021-08-21
Young waste champions clean-up a dumping site in Rishikesh
2021-08-13
Bilkeshwar Temple manages its Bhandara waste sustainably with the help of Aviral
2021-08-24
Joining hands with Healing Himalayas to clean-up one of the largest dumpsites in Rishikesh!
2021-08-01
Setting the bar high for source segregation and recycling in Rishikesh
2021-07-23
House-holds and shops in Haridwar come together to donate dry waste
2021-07-23
Sparsh Ganga Volunteers Join Us to Clean Triveni Ghat in Rishikesh
2021-03-21
Aviral Discusses Menstrual Waste and it’s Proper Disposal on Women’s Day 2021
2021-03-07
Aviral Commences Training Of Municipal Waste Staff In Haridwar As Part Of Its Aim To Improve Occupational Safety For Waste Workers
2021-02-26
Aviral Provides Organic Holi Colors In Exchange For Waste To Residents In Haridwar As Part Of Its Ongoing Kooda Daan Abhiyan Campaign
2021-03-10
Aviral Commences On Ground Activities In Rishikesh With It’s First Community Plastic Waste Management Event In Rishikesh
2021-02-16
Aviral Celebrates Basant Panchami by Distributing Paper Kites in Exchange for Plastic Waste
2021-02-16